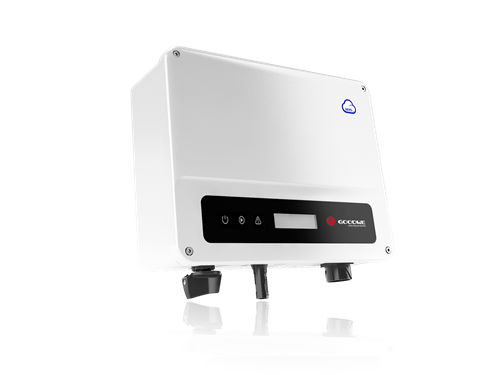 XS model from GoodWe is an ultra-small residential solar inverter. Its capacity ranges from 0.7kW to 3.0kW and its most outstanding characteristic is its light weight; only 5.8kg as well as its extremely small size; equivalent to an A4-sized paper. The XS series are single MPPT inverters, great for smaller arrays.

Despite the XS series small size they are incredibly powerful, capable of handing up to 30% DC input oversizing, as well as a maximum efficiency of 97%! They also come with an integrated DC switch, and are Wi-Fi capable as standard. 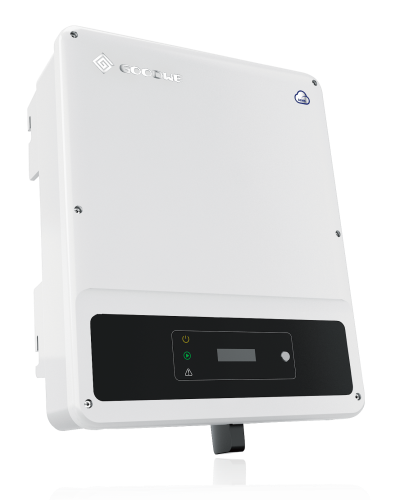 The inverter SDT G2 from GoodWe is one of the best options available on the residential & commercial markets thanks to its technical strengths that make it one of the most efficient in the market. For enhanced safety, this inverter is able to incorporate AFCI as well as connector temperature detection. Its high efficiency (98.3%), its enhanced oversizing & overloading capabilities represent an outstanding improvement in the industry. Moreover, its plug-in AC connector is easy for operation & maintenance.

The DT range comes with 5 years warranty with optional extensions available to buy.

String inputs, DC switch, and built in wi-fi varies between models. Talk to one of our team to find out more about our available stock. 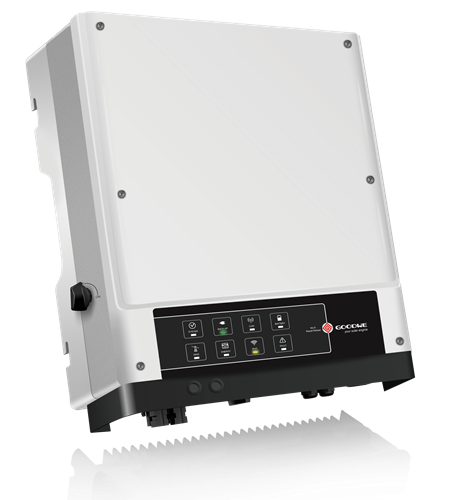 GoodWe’s EM series of hybrid inverters have all the great technology found in the ES series but is smaller and more compact.

Compatible with both grid-tied (on-grid) and off-grid PV systems the inverter intelligently controls the flow of energy. The inverter acts quickly to changes in demand and supply to divert surplus electricity produced to charge batteries, and releases this stored energy when it is needed, for example at night. Additionally the grid can also be used to charge storage devices via the inverter (UPS function).

For a retrofit solutions we also stock the GoodWe SBP, with the GoodWe ET series for 3 phase systems.

All inverters in the GoodWe EM range are G98 certified. The inverters come with 5 years warranty with the option to purchase extended warranties. 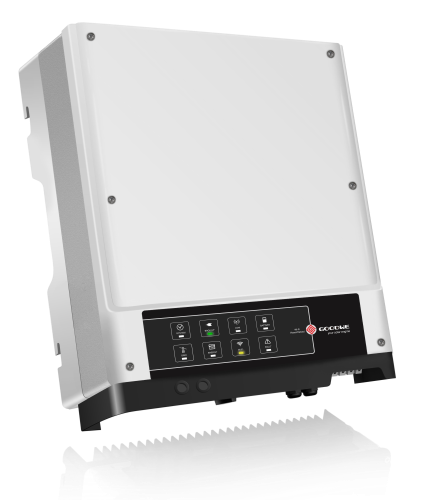 The GoodWe SBP series is an AC-Coupled battery retrofit solution.

Designed as a solution for adding battery storage to existing solar PV systems without having to replace the current inverter. The SBP series has the added bonus of a UPS function which works on both single and three phase systems. It can effectively upgrade any existing string inverter solar renewables system to having battery storage and backup. Capable of being either grid-interactive or independent, it allows the user to store surplus generated power for later use, or to use in the event of a grid failure.

The SBP inverter is also WiFi ready which allows monitoring and system visibility through the GoodWe SEMS portal, as well as remote software upgrades.

All inverters in the GoodWe SBP range are G98 certified. The inverters come with 5 years warranty with the option to purchase extended warranties.

We are able to get most Solis branded inverters on a 2-3 day delivery time.

Solis inverters start at just 700W right through 60kW three-phase inverters. These are a great cost effective inverter for domestic and commercial projects.

Some inverters come with DC switch integrated, wi-fi connectivity can be achieved with an optional Solis wi-fi dongle.

Talk to one of our team about your requirements, our stock availability and lead times. 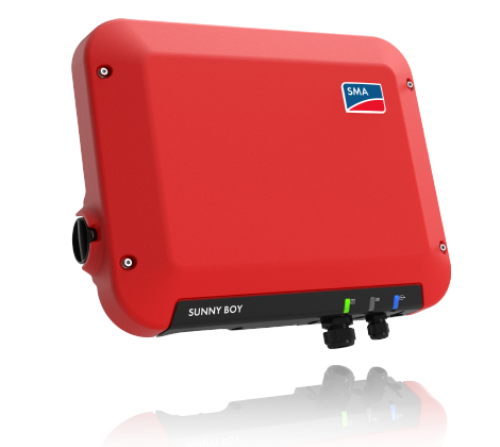 We are able to get most SMA inverters on a 2-3 day delivery timescale.

SMA are one of the leading inverter manufacturers, producing high quality and efficient solar PV inverters.

The range starts at 1.5kW with inverters available right through to the new ‘PEAK3’ series of inverter with sizes up to 150kW available.

For pricing and availability contact our friendly team now.